Press Release relating to the sale of part worn tyres.

I have read with great interest various articles from “Tyre Safe” on the “dangers” of purchasing and fitting part worn tyres.

As the Secretary General of the British Vehicle Salvage Federation a large number of BVSF members do indeed sell part worn tyres, correctly checked and marked as they should be. It is totally wrong that “Tyresafe” are effectively “tarring with the same brush” a legitimate sale of components by bona fide salvage buyers with those that are simply avoiding the law for profit with no thought for the consequences.

Tyresafe clearly advise that “98% of part worn tyres are sold illegally and this 98% relates to the failure to mark the tyre as part worn rather than its ability to operate correctly, lets be honest here, every vehicle on the road today is running on a part worn tyre, it becomes part worn the moment the wheel rotates on the road for the first time.

BVSF members sell tyres from natural end of life vehicles caused by structural corrosion, expensive engine repairs etc etc and of course accident damaged vehicles written off by the Insurers that in most cases have perfectly good tyres on them (The members only sell tyres that have been checked, marked and have at least 4 mm of tread remaining) and as the salvage and recycling industry is targeted by government to re-use and recycle it makes perfect sense to check, mark and re-sell these tyres. Indeed when the BVSF approached a senior official in the British Transport Police he confirmed that he would far prefer to purchase correctly tested high quality part worn tyres than new low quality tyres.

I agree that we must protect the public from both themselves having little or no knowledge of potential tyre issues and also from rogue companies that capitalise on this lack of knowledge.

However, I don’t agree with the simple statement after examining a few tyres to “read about the proven dangers etc etc” as this is simply scaremongering and damaging to a legitimate industry.

I would like to take this opportunity to reassure the public at large that members of the British Vehicle Salvage Federation do indeed act correctly and are not the rogues described in the press release by “Tyresafe”. It is confirmed that part worn tyres are available from BVSF members at low cost, having been correctly examined, tested and marked and are perfectly capable of the same use as a new tyre costing vastly more money. 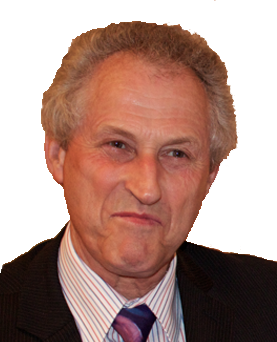 I find it hard to believe that another year has gone by since I was granted the Honorary Chairmanship of the Federation.

I do not however involve myself in the day to day running of the Federation as this is admirably carried out by Roger and indeed Heather with her incredible control over matters financial.

Again in 2015 the Federation has struggled to maintain high membership numbers and again unfortunately numbers have decreased slightly due to companies closing etc, however we have also welcomed both new members and strategic partners who hopefully are now benefiting from their status.

The website continues to improve under the care of Zein Marketing and advertising is now available in the monthly newsletter. I personally enjoy reading the up to date information and look forward to its arrival.

This year, 2015, has been a tricky one to keep on top of and I know that Roger has been attending more meetings than usual in an effort to alleviate problems that would affect the membership and he should be congratulated for his persuasive nature in these meetings.

The Salvage Code of Practice is a classic example, the final draft that was attempted to be railroaded through was stopped and is still under discussion thankfully, had it have been accepted as it was then this had the possibility of company ruination and indeed danger to staff members.

Roger is still battling the restrictive practice in the current code preventing the sale of undeployed air bags and is in the middle of a series of meetings in this regard.

A number of members were having issues with delays in obtaining V5c documents when these had been lost by a previous keeper so Roger created a document to assist and managed to get this passed by the DVLA legal team for Members use. It is this sort of work that tends to go unnoticed by some but is of huge benefit to us, the members.

Finally in my short list was of course the final closure of the VIC scheme, something that we have been fighting for years and finally in October this year we were successful.

Obviously this is just a snippet but hopefully it gives the reader confirmation of some of what is happening behind the scenes.

The BVSF have retained their excellent working relationship with many government departments, the DVLA, ABI and indeed the Police and it should be noted that the BVSF are the only Trade Association in this sector to be invited to attend the DVLA Industry Liason Group meetings.

Moving on to the AGM back in April and it was confirmed by many that this was the “Best Yet” so of course will be very difficult to follow and improve upon, although I know what is in the pipeline and would strongly advise all those that are able, to attend. The AGM is the most important day in the BVSF calendar. In 2016 the event is again to be held at the Coombe Abbey Hotel, on April 14th.  Watch out in the post for your invitations!

In closing I would add that I am very pleased that the Federation remains at the forefront in our working sector with Roger and Heather at the helm and look forward to working with them both in the coming year.

It just remains for me to wish all members of the BVSF, their staff and of course families a very Happy Christmas and a peaceful, prosperous and healthy New Year.

Following the demise of the VIC scheme as we are all aware the DVLA will not permit the re-issueing of V5c's in the case of Cat A and B vehicles and this can't come soon enough in the opinion of the BVSF. Moving on to Cat C vehicles that will not longer require a VIC check the BVSF can now advise that for the forseeable future, at least for a year we believe, the following notation will be placed on all V5c's that are re-issued (On Cat C Vehicles) to advise purchasers of their history....

"‘This vehicle has been salvaged because the estimated cost of commercial repair was more than the value of the vehicle".

Further information as time progresses on any revisions in the Salvage Code will be advised as soon as they are available.

At long last we have come to the day of the VIC schemes demise, and not a moment to soon in the opinion of the BVSF. Two documents have been provided by the Department of Transport to assist the public in the future, sadly, however, both are misleading and factually incorrect in their description of both a Cat C and Cat D vehicles.

The links to the two documents provided by the Department of Transport are as follows:

Please see the following long awaited document from the EA confirming that air bags and shockers can now be left on an otherwise depoluted vehicle if suitable for resale etc etc...another hard fought battle won...