SPEC LIFTS AND THEIR USE

It is strongly advised that this document is printed and kept in recovery vehicles using a spec lift.

In recent months a number of cases have been brought to the attention of the BVSF whereby enforcement officers are issuing enforcement notices on correctly used spec lifts.

Regulation 16 provides that requirements to a braking system do not apply on a disabled or broken down vehicle.

Cheaper refuelling is only the start 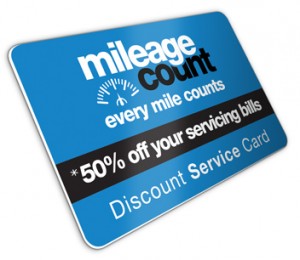 If you are not already using fuel cards, then the first benefit you are missing is the potential for major cost savings. You could be enjoying pricing at up to 5p per litre less than the national averages for both diesel and petrol, or up to 10p per litre for motorway refuelling. Multiply that cost reduction by the amount of fuel you get through annually and you already have all the incentive you need for using fuel cards.

Cheaper refuelling is just the most obvious reason to talk to The Fuelcard People, our strategic fuel card partners. With their complete independence and comprehensive range, they are ideally placed to find you the best combination of service, savings and security. You also have the confidence that, whichever fuel card best suits your needs, you will not be hit with transaction charges – unlike fuel cards from some other suppliers.

Beyond the immediate cost savings, your fuel cards also make life easier in a variety of ways. How about paying M6 tolls without having to find cash or keep a receipt? What about discounts on city centre parking? These benefits, and more, are available using the same card as you use to refuel. As a customer of The Fuelcard People, you can also opt for CO2Count, the only service offering full vehicle emissions reporting to Defra standards. You are also guaranteed acceptance for the Discount Service Card, a free card that offers significant savings of up to 50% on tyres, exhausts, batteries and more.

To find out more, visit www.discountfuelcards.co.uk, or ask The Fuelcard People team to call you back here. The Fuelcard People look after our members’ interests and their mission in life is to ensure that you have the best possible refuelling deal.

You will be asked a few questions about your refuelling, because fuel cards are not all the same and they will want to find an exact match with your particular needs. The Fuelcard People team will then compare the whole fuel card market and, within a minute or two, find you an unbeatable deal – and cutting costs will be only the start of the benefits.

BVSF supports the Awards for Excellence in Recycling and Waste Management

Brought to you by: letsrecycle.com

BVSF are proud to support the prestigious Awards for Excellence in Recycling and Waste Management. Held at the five-star Landmark Hotel in London and hosted   by award-winning journalist George Alagiah OBE, it is the most prominent event in the environmental calendar.

This is an ideal opportunity as BVSF members to celebrate your environmental successes, promote the efforts of your colleagues and gain industry recognition for your achievements in reducing waste to landfill.

Why enter the Awards?

·       Recognise and reward the hard work of your front-line staff

·       Stand apart from your competitors as a leader in best practice

Visit www.awardsforexcellence.co.uk for more information on Award categories and to enter. Finalists receive two free places at the Awards luncheon, plus if you are one of the first 100 entrants you will be in with the chance to win a free table of 10! 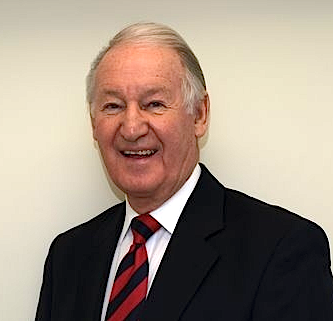 It is with a heavy heart that I must advise all readers that Alan Greenouff, The first Secretary General and subsequent Chairman and ultimately Honorary Chairman of the Federation passed away suddenly in his sleep on the 8th February 2014.

Alan had seemed very well, indeed we had met only a week before to discuss the up and coming AGM and he was looking forward to both a Holiday in the sun and the AGM in April.

I have known Alan for a great many years, he was one of life’s gentleman, always smartly turned out and the epitome of politeness, however, he was also very strong willed and would fight both his and the Federations corner should it be necessary.

Alan started the Federation in 1998 having been approached by the Vehicle Salvage Industry, having retired from the Insurance industry as Motor, Liability and Accident Manager of the Association of British Insurers in 1993.

In 1999 he succeeded Lord Montague as Chairman of the Federation subsequently retiring from active work in the Federation in April 2010, however Alan retained the title of Honorary Chairman and was always very willing to assist at the AGM in this capacity.

The BVSF membership was advised that Alan had passed away as soon as was practical on Saturday 8th and messages of condolence have been arriving since that time.

On behalf of my family and indeed the Federation I have written to Marian Greenouff expressing our deepest sympathy at this time.

Alan Greenouff always made time to assist, his knowledge of the Insurance Industry was second to none and he supported the Federation tirelessly, his work on behalf of the Salvage Industry will never be forgotten.

On a personal note, I am still stunned by this loss, Alan was a good friend and working colleague and it is difficult to imagine him no longer being around. My heart goes out to Marian. I will close by just advising that this world has lost a genuinely good man and I am honoured to have been able to not only work with him but to also consider him a very good friend.

“What a complete shock,  Please pass on me and my father’s condolences to his wife and offer our help in any way” Geoff Bridges, GW and G Bridges.“

“He was a thoroughly decent man who made his mark on an industry that will always be thankful. Please pass my condolences to his family”. Jason Cross, FAB Recycling.

“That is awful news that I am very sad to hear indeed” Nigel Paget, Copart.

“He was a true professional and a good man and will be sadly missed”. Phil Gledhill.

“Alan was always a gentleman and I always enjoyed the opportunity to talk to him when we met, he supported and challenged where appropriate, and was always approachable.” Andy Latham, Salvage Wire.

“Its such a shame to loose a friend like Alan, he was a true gent and a great ambassador for our industry, he will be greatly missed.” Keith Loeber, Chase Autos.

“So sorry to hear the sad news about Alan. Please pass on my condolences to his family.” Les Elliot, Allianz.

“We are all very saddened and shocked to hear this news.” Percy and Nick Snow, Snows Commercials.

"I have only just heard about Alan and am feeling so saddened and shocked. We were in touch just a couple of weeks ago and I can’t believe he has gone. He was such a fine gentleman to work for and we got on very well. He will be sorely missed by all those he knew him." Sue Morgan BVSF

CARS 2014 is Europe’s largest yard-based event for the auto recycling sector. Developed by industry experts working within the sector this event is highly practical and not to be missed if you are involved in the vehicle salvage industry.

The first edition of the show took place in June 2012 and attracted 76 exhibitors and more than 800 visitors from 20 countries – CARS 2014 is set to be even bigger and better!