The crackdown and illegal trade of metal has been boosted by government funding of £500,000

The Home Office and Department for Transport have agreed to provide further funding for the National Metal Theft Taskforce. The taskforce develops intelligence, coordinates activity and targets and disrupts criminal networks - both the thieves and also the criminal market, including rogue elements of the scrap metal industry.

The funding follows a request from the British Transport Police, which leads the taskforce, and means the government has invested more than £6 million in the initiative since it was launched in January 2012. The latest funding, which runs to the end of September this year, will allow the taskforce to continue its hugely successful programme of coordinated national days of action.

These targeted operations against unscrupulous scrap metal dealers, in conjunction with police and local agencies, have so far resulted in more than 1,000 arrests for theft and related offences and police have seized more than 600 vehicles involved in criminality.

The coalition government has made it harder than ever before for metal thieves to prosper and our £6 million investment in the National Metal Theft Taskforce is reaping rewards.

Alongside our reforms to ban cash payments and regulate the scrap metal trade, the taskforce has helped to make it much more difficult for thieves and unscrupulous dealers to profit from crime.

This additional government funding will enable the taskforce to continue its programme of coordinated national days of action, which have so far resulted in more than 1,000 arrests and the seizure of hundreds of vehicles involved in criminality.

I am pleased we can continue to fund this nationally important organisation. The potential impact cable theft has on the railways is huge, not least the inconvenience to passengers. Network Rail has to compensate operators for the disruption and this is money which could be better spent on improving the network which is a vital part of our economic plan.

For the last two years the taskforce has had a big impact in reducing the number of cables being stolen. Network Rail continues to report that the trend is in decline, with delays to passengers being at an all-time low.

The taskforce forms part of the government’s programme of work to crack down on the illegal trade of metal, and its activities have been boosted by legislation.

Under the Scrap Metal Dealers Act which came into effect in October 2013, scrap metal dealers are now required to hold licences issued by local authorities.

The licences set standards for record keeping and customer verification and councils may revoke a licence at any time if they believe the dealer is no longer suitable to hold one.

Cash payments for scrap metal have been banned since December 2012.

It is a sad fact that a number of members have suffered “vehicle stops” by both the Police and VOSA or indeed both,  in relation to Driving Licence Categories, recovery vehicle use and spec lift use recently. I have already issued guidance on the use of spec lifts and I am advised that this has fended off some action already. However, VOSA is flexing its muscles and is threatening Court action in some cases. I have therefore been in discussion with a firm of Solicitors that a member has already used successfully in fending off a court action, this was reported some time ago.

This morning, I again spoke to Gary Hodgson of “Ford and Warren”  Solicitors and he is very happy to assist the Membership if required in cases related to the issues highlighted above.
For BVSF members ONLY he is prepared to offer a free telephone consultation (Time limited) for any member who is concerned over a threat of court action relating to the above. Subsequent representation would of course be subject to usual charges.

To ensure that NON members do not benefit from this you will need to contact the BVSF office in the first instance for an introduction to be made and to confirm that information held by the BVSF is not sufficient to answer the query.

This gives you further information on Gary's firm and the services they provide:

The sun was shining in Doncaster, UK last week to welcome more than 1,100 visitors from 16 countries in the metal reprocessing, end-of-life vehicle (ELV) and related industries to the CARS trade show on 5-6 June.

CARS – Europe’s largest trade show for the ELV recycling industry – was this year held on the 25 acre working site of Motorhog. The event saw a warm welcome from the Deputy Mayor of Doncaster David Nevett who spoke of the need for good environmental practice and highlighted the work of Motorhog.

The BVSF was one of 70 exhibitors attending the show, showcasing the numerous benefits of membership. Roger West  Secretary General of the BVSF, said: thank you for the opportunity of attending this show, it proved very successful for the Federation and my congratulations go to the organising team for all of their hard work in making the show the success it clearly was. 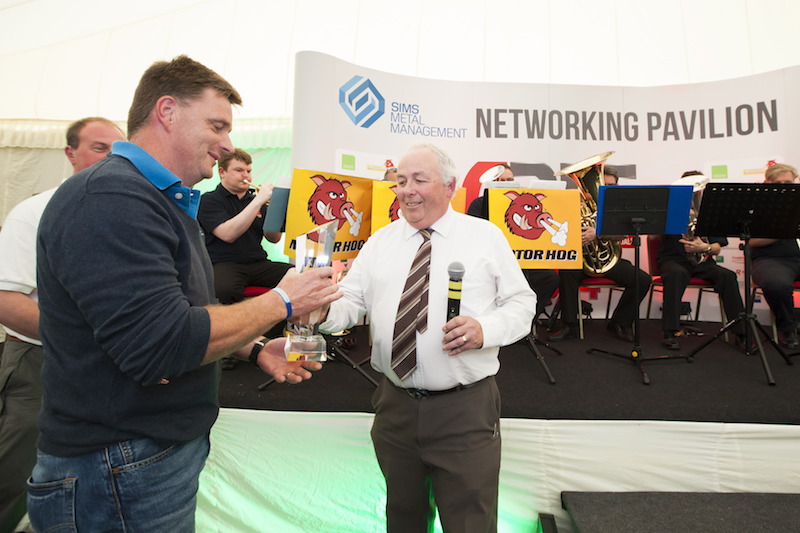 Evening entertainment was compered by motivational speaker D.J Harrington, from Atlanta, USA. International guests got a taste of traditional British cuisine with a pie and mash gala dinner, and the British Vehicle Salvage Federation (BVSF) presented the Alan Greenouff Award to Geoff Bridges from GW & G Bridges; and the Motor Vehicle Dismantlers’ Association (MVDA) awarded the Bird Trophy to Duncan Wemyss, Hon. Chairman of MVDA, for their outstanding contribution to the UK vehicle dismantling and recycling industry. Plus, this year’s charity auction saw more than £5,500 raised for local charity Firefly Cancer Awareness and Support and Rett UK.

Visitors were treated to the impressive sight of a variety of machinery being showcased in the Big Machine Demo Area, as well as the JMC vehicle dismantlers’ work line showing the complete de-pollution and dismantling of ELVs and downstream processing of valuable materials.

Plus, those who attended the Duesmann and Hensel Conference Theatre heard what the future might bring for the ELV and metals recycling sector, with sessions featuring lively debate from a panel of expert speakers including Brian Such, British Standards Institution and Bernadette Prosser, BMW. Ms Prosser equated the vehicle recycling process today as “urban mining” commenting: “In the next 20 years if I was a betting person, I would see a time when we are actively mining landfills to find resources that have been lost to the manufacturing process.” Conference sessions included: Meeting 2015 ELV targets; and, Future vehicles and the impact on auto recyclers.

For those wanting to brush up on their skills there was practical training in the AutoDrain Skills Lab, with topics including: Safe deployment of airbags; Refrigerant gas recovery: stay safe and legal. Jason Bishop, Operations Director at FAB Recycling who ran the Grading spare parts: is there a standard? session, commented: “it was a great show with plenty of networking opportunities. My skills lab worked well as an introduction to an ‘industry leading standards system’, and people seemed enthusiastic about utilising the concept within their own workplace.”

The BVSF have heard recently that a Transport Manager who did nothing to ensure that drivers were booking onto Driver CPC courses ahead of the September deadline has been disqualified by North East Traffic Commissioner Kevin Rooney.

The operator had its licence curtailed from 22 trucks to 11 for two weeks so that drivers could get trained. The Traffic Commissioner judged that the lack of driver training was linked to a number of drivers’ hours breaches at the operator.

Speaking at Tip-ex and Tank-ex 2014 Rooney reproached operators who expected drivers to attend Driver CPC courses in their own time and commented, “At a public inquiry, the transport manager had done nothing on Driver CPC, so I curtailed the licence and disqualified the transport manager indefinitely ……………..The lack of training had led to the drivers’ hours infringements.”

You have been warned !! 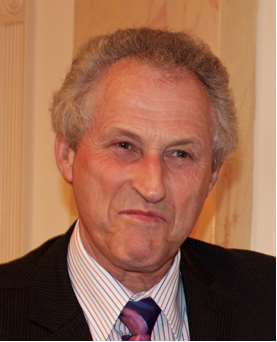 Since the sad passing of Alan Greenouff earlier in the year the BVSF have been seeking a replacement figure head for the Federation.

Alans presence as Honorary Chairman will be a hard act to follow. However, nominations were sought and the short list was as follows and in no particular order.

Following the Management Committee meeting of Tuesday 10th June the votes were counted and I am very pleased to announce that the new Honorary Chairman of the BVSF is Percy Snow of Snows Commercials.

Percy has worked so hard for the BVSF, until late last year running the web site in his spare time,  still attending meetings all over the country on behalf of the Federation and answering questions on all things Commercial. Percy’s knowledge of the industry is superb and I feel sure that he will make an excellent Honorary Chairman.

My thanks to Percy for accepting the role, rest assured that I will support him in his new role to the best of my ability and I look forward to our future together running the  Federation for the benefit of its members.

All contact with the BVSF should still be through the main office at This email address is being protected from spambots. You need JavaScript enabled to view it. or 01303 814325 where I will continue as usual to deal with the day to day running of the Federation.